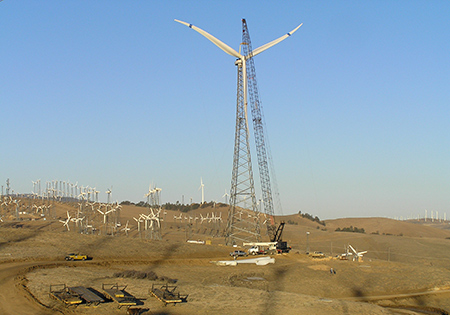 NSE Composites was contracted to provide structural analysis and finite element modeling for the development of Knight & Carver’s highly innovative wind turbine blade, known as the Sweep Twist Adaptive Rotor, or STAR blade. The new blade was designed to produce more electricity from a given wind turbine, without increasing wear and tear on the machine. Instead of the traditional linear shape, the blade features a curvature toward the trailing edge, which allows the blade to respond to turbulent gusts in a manner that lowers fatigue loads on the blade. The STAR blade is predicted to shed 20% of the root moment via a tip twist of nearly three degrees. The project was managed by Sandia National Laboratories. Other members of the design team were Dynamic Design, MDZ Consulting, and University of California, Davis. NSE Composites responsibilities on the project were: 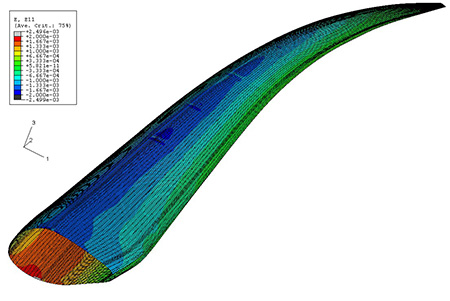 Read the Wind Blade Case Study article about this project. 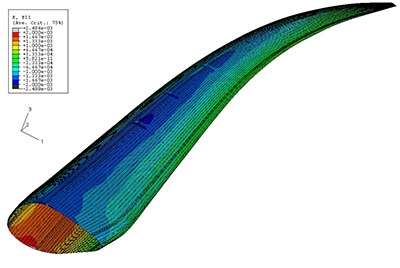